First day of the cricket season: A photo journal

It's the first day of the cricket season. The nation's buzzing. We went down to Old Trafford for Lancashire against Hampshire to sample the party atmosphere. 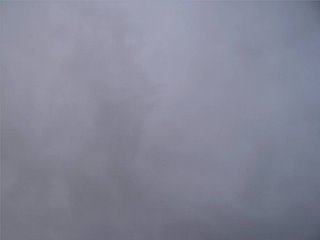 This was what the sky looked like this morning. We Mancunians pride ourselves on knowing the local weather. These aren't rain clouds. 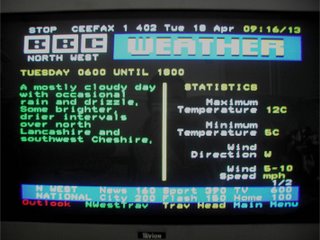 Hmm. We're not in north Lancashire or south-west Cheshire. We're in the bit without "brighter, drier intervals". 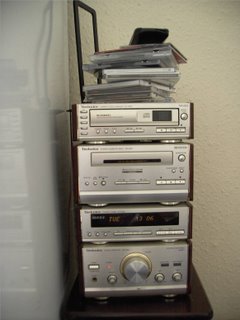 This picture tells us two things: That we're still in our house at 13:06 because of the rain and that we like to pile CDs on top of our stereo. 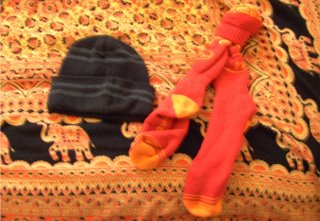 Woolly hat. Check. Ski socks. Check. It's officially a 'double trousers day' too. Readers in warmer climes may be unfamiliar with the concept of wearing two pairs of trousers simultaneously. Believe us, sometimes it can and must be done. 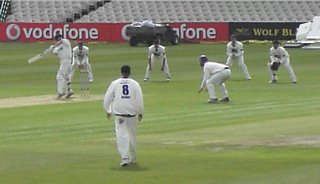 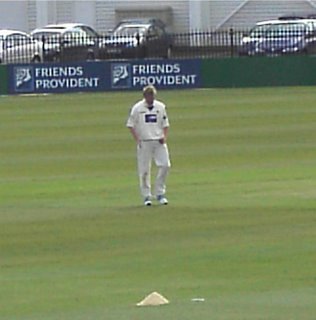 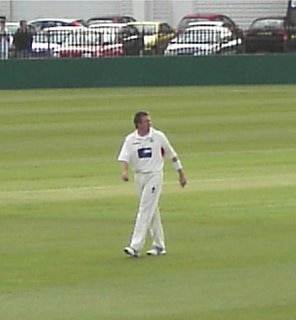 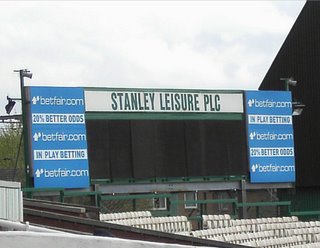 We missed John Crawley's wicket. This is where they put the big screen when there's a Test match. 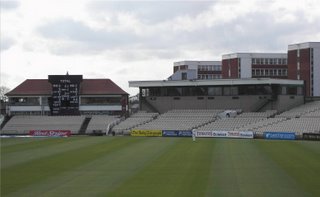 Glenn Chapple enjoys a bit of banter with the crowd.

Here are a few notable names who could have been playing in this fixture, but weren't: Kevin Pietersen, Shane Warne, James Anderson, Andrew Flintoff, Brad Hodge and Sajid Mahmood. Not to worry though, because the Old Trafford faithful were treated to Dominic Thornely and Nic Pothas instead...

We hadn't seen Tom Smith before, but we were impressed. He consistently made the batsmen play and on occasions beat them for pace. He fully deserved his 3-29. Are we the first off the mark in lauding him? What do we win?

We were slightly disappointed that nobody spoke to us, like World Cup winner, Andy Bichel did, but we still had a good day, largely due to Lancashire's success and partly due to the large amount of clothes we wore.

i went to Old Trafford once, but it was to watch a pop concert.

I can see The Cure: Pornography (the album, not random porn)and Velvet Revolver on top of that CD player.

What do I win?

You win a Cure album and a Velvet Revolver album, neither of which are ours Mr Anonymous.

Anon, did you go and see either of the Cure or Velvet Revolver at Old Trafford.
I hope so. I really do.

I don't go in for that alternative rock nonsense, it was T'Pau, in the heady summer of 88

who I have heard may be reforming, some may say they never went away

We don't know if we should incriminate ourselves this way, but we can't resist the opportunity to pass on one of our POP FACTS. We hated T'Pau, but we do know that the lead singer was called Carol Decker. POP FACT.

Also, the former headteacher of Malbank High School played bongos on 'In the Summertime' by Mungo Jerry. POP FACT.

gah, shame. I didn't ask because I like them (not fussed really).
Maybe there is a T'Pau cd IN the cd player. Maybe Mr Blue and Brown was listening to T'Pau when waiting for play to start, in some sort of masochism (I mean, followng English cricket until recently was masochism in itself).... I'd like to think so.

you know what annoys me, people find out i LOVE the pau, and they always go, ooohh what happened to them?

They never went away! they were an active unit throught the nineties, they just got fed up of playing souless arenas and wanted to concentrate on "seeing the whites of our fans eyes" (Decker 98)

They felt their songs worked better in an intimate setting.

And the other thing, ooh you like T'Pau... China in Your Hand!

nobody ever mentions their myriad of other classic tracks,

Place in My Heart, Hold on to Love, the raunchy Sex Talk, and the truly brilliant No Sense of Pride.


there i feel better, rant over

Warning: you may need a clod shower after reading the following, oohhhh...

I just feel like talking to someone
I don't care who it is
I just wanna have a laugh
You know how it is, yeah yeah
All of the day in the same old room
Well, I'm going out of my mind
I can't throw this out of the window
It's mine all mine
You better believe it
Hell, you know I mean it
I've been on my own too long
In desperation I learned many things
But mostly it's each to their own

I just need a pat on the back
Tell me that I'm still alive
Like spider man
I'm climbing the walls
I want my prize, yeah yeah
I don't remember
When it crept up behind me
I don't know when I got so wet
All I know is I was looking for something
But I forget

Sex talk
Intimate strangers
Well it's only sex talking on the phone
Love, love, love, without a face

I don't remember when it crept up behind me
I don't know when I got so wet
You see all I know is I was looking for something
What was it? What was it? I forget

Ah well, it's easy for you
To be shocked at what I do
You've probably got someone at home
I never had anyone to love me
Anyone to hold me
I take what I can on the telephone

Sex talk, intimate strangers
Well it's only sex talking on the phone
My kind of love without a face

Er. Bit late but I spot a Sri Lankan bedspread!

You would have won an Indian bedspread if you'd been right.